I catch myself thinking that nothing can surprise me anymore. And every now and then I get amazed. When we arrived to the biggest Bulgarian city I didn’t expect modern architecture and I was right. What I saw, I would call a “deep communism style”. It was hilarious to see a compact McDonald’s injected into the station’s landscape.

The day we arrived to Sofia was one of the longest days. As usual, we were tired and the temperature was very high. We had a few hours before meeting our host, so we decided to devote that time to find a nice place to sit in a shadow. There was no bench, however a sidewalk worked for us perfectly.

After having some rest we decided to see what the city has to offer. We just opened the map to have a look where to head to and immediately some lady came to us asking if we need any help. That was very unexpected and nice.

We came across very strange balloon head statue. Actually, it’s Stefan Stambolov, Bulgarian politician. And opposite to him, there is a couple of deer. Cute. This kind of sculptures always make me curious about their origins. How amazing it is to be an artist, whose pieces of art are well recognized and liked. I don’t know if this is a good thing or not, but Mr. Stambolov’s statue is a spot point for a pub crawls. I’m not sure about deer’s role though… 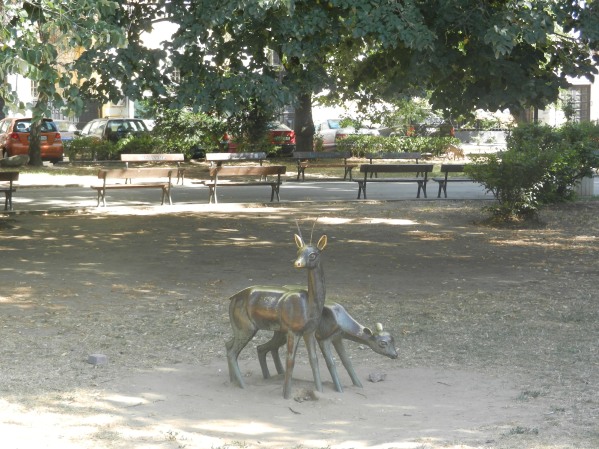 To be honest, I found Sofia very artistic. Starting from simple mosaics on the sidewalk, through the icons at the local market, to street artist selling his work. I regret I didn’t ask for a portrait. 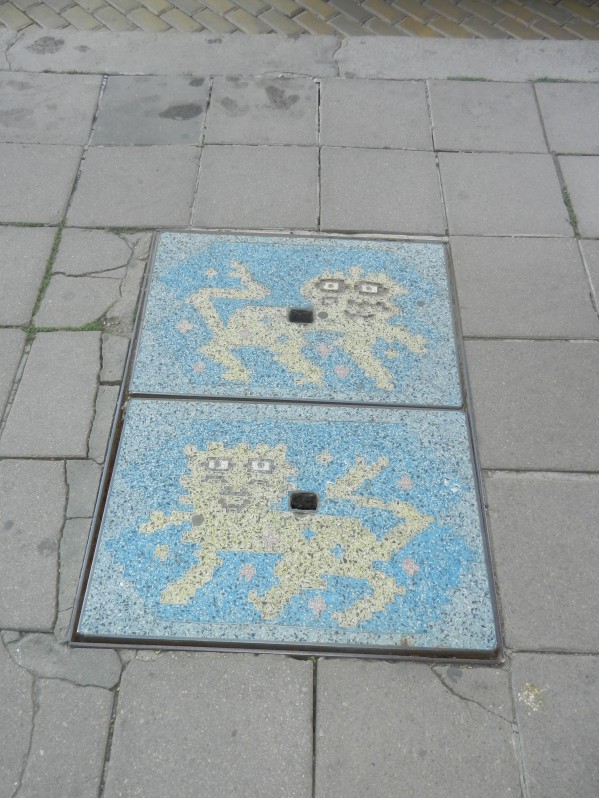 Somebody had really nice idea to decorate the city with fake, but still cute birds. We cold also noticed live animals, like homeless dogs, or a horse… The climbing cats are very common in this particular place in the world. But you know, cats are cats.

While walking around the city I noticed something really disturbing. I could really read what was that place, but I assumed it was really big deal, if the guns are not allowed there. Damn, and I wanted get inside so badly ;)

Serbia has a huge touristic potential, but we didn’t manage to see it all. But then again, we can come back some time and see the rest of it. Honestly can’t wait for it.